Dr. P. Raghu Ram elected President of Association of Surgeons of India for the year 2020

Dr. P. Raghu Ram, Director for KIMS-USHALAKSHMI Centre for Breast Diseases in Hyderabad has become the become one of the youngest surgeons in the Country to be elected to the top post of President, The Association of Surgeons of India (ASI) for the year 2020.

ASI is the largest surgical Organisation in the Asia Pacific region that represents the surgical fraternity all across India.

This election has seen the highest ever polling in the history of the Association with close to 7500 Surgeons from all over India participating actively to choose their President.

ASI has a strong presence in the form of State Chapters and union territories across India in addition to 12 specialty sections comprising of surgeons practicing the art & science of Breast Surgery, Onco Surgery, Gastrointestinal Surgery, Laparoscopic/Minimal access Surgery, Endocrine surgery, Genito-urinary surgery, Paediatric surgery, Plastic surgery, Thoracic/Cardiovascular surgery, Trauma & critical care surgery in addition to Sections representing Rural surgeons and surgeons in the armed force. The Association promotes the art/science of Surgery and strives to take the latest techniques in the surgical field to the remotest parts of the country in an endeavor to improve the lives of people all over India.

Dr Raghu Ram, who is currently Immediate past President of the Association of Breast Surgeons of India has excelled all along in his surgical career over the past 23 years. Having obtained First place in MS (General Surgery) University examination in 1995, he is amongst the few in the world to have obtained FRCS from all Surgical Colleges in the world (London, Edinburgh, Glasgow & Ireland) in 1997. There was no looking back for him since then.

His mother’s diagnosis of breast cancer was the turning point in his life. Having spent ten years in the United Kingdom, he took the bold decision to relocate to India in 2007 at the peak of his rising professional career leaving behind lucrative opportunities in the British Isles. He conceived, designed and established KIMS-USHALAKSHMI Centre for Breast Diseases, which is South Asia’s first dedicated Breast Health Centre in Hyderabad in 2007. Over the past 11 years, he championed a first of its kind breast cancer awareness drive in Telangana & Andhra Pradesh under the auspices of Ushalakshmi Breast Cancer Foundation – a not for profit breast cancer that bears his mother’s name. This innovative initiative has over the years has transformed Breast cancer from a ‘taboo’ issue to a much commonly discussed one, thus paving the way for early detection. Furthermore, since 2012, he has implemented South Asia’s largest population based Breast Cancer Screening Programme in partnership with the Governments of Telangana & Andhra Pradesh spread across 4000 villages reaching out to well over 200, 000 underprivileged women in the Telugu States, which has translated to saving scores of lives in the region.

His extraordinary contribution towards improving the standards of surgical education in India resulted in him being conferred the International Gold Medal by the Royal College of Surgeons of India in 2013 and he is youngest ever recipient of this coveted honour in the 513 years history of the oldest Surgical College in the World.

In recognition of his outstanding academic achievements, and equally, contribution towards improving the art & science of breast surgery in India in addition to his major philanthropic activity, Dr Raghu Ram is the Youngest Surgeon ever in the Telugu States and one of the youngest doctors in India to have been conferred the Padma Shri, one of the highest civilian awards of the land in 2015 and Dr. B.C. Roy National award in 2016, which is the highest award that can be achieved by a doctor practicing Medicine in India. 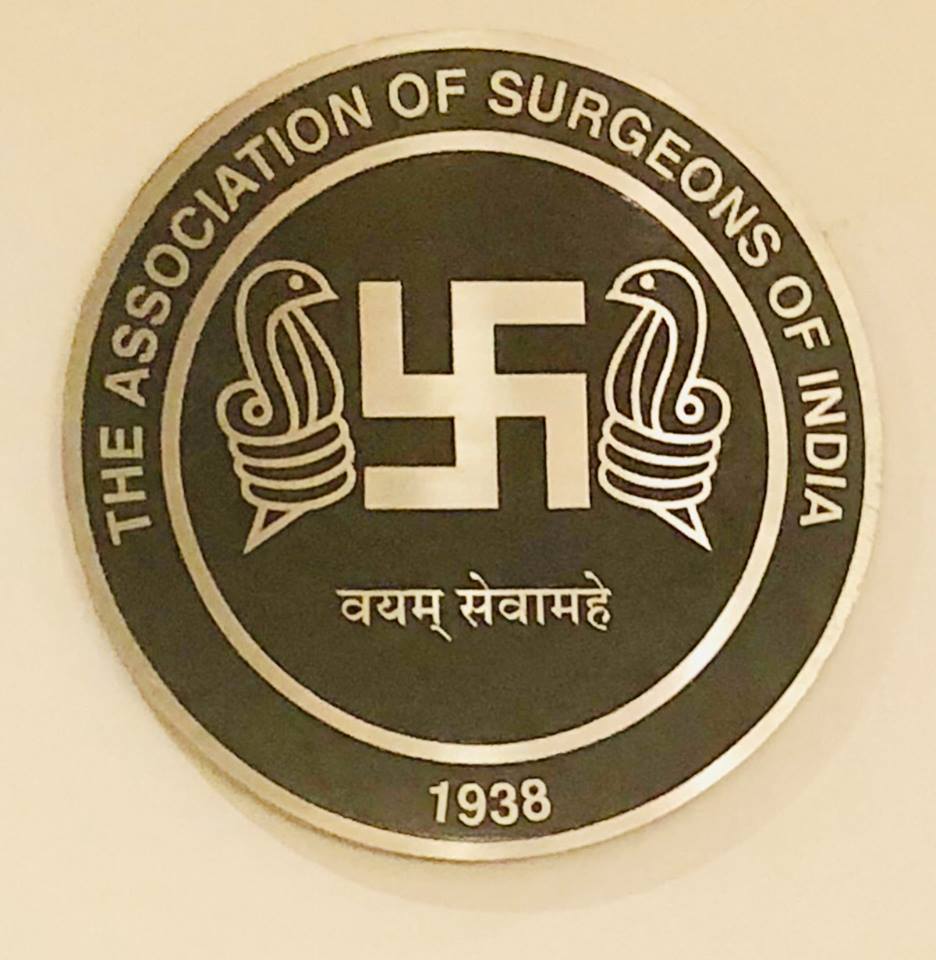 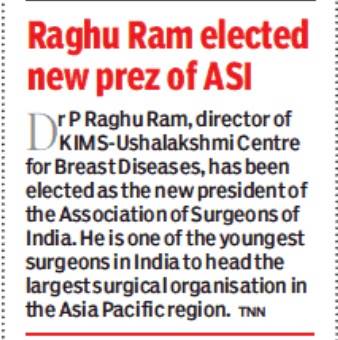 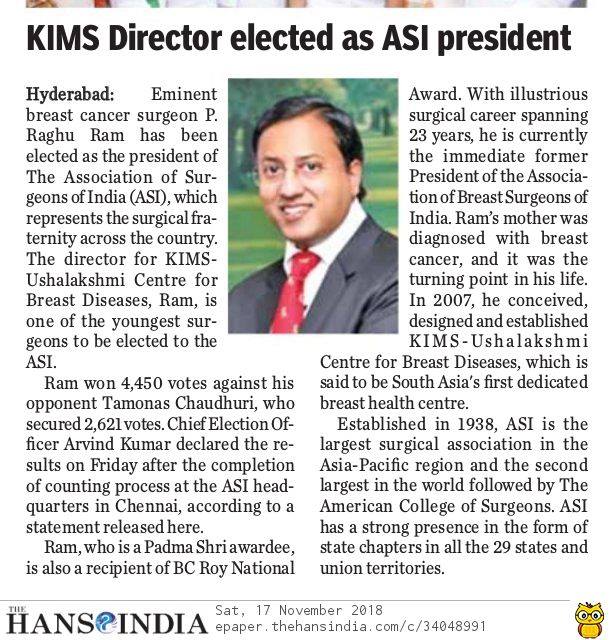 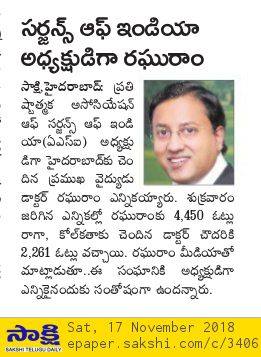