Some 7000 delegates from India and abroad participated in ASICON 2014 - South Asia’s largest annual Congress for Surgeons - 74thAnnual Conference of Association of Surgeons of India, which is being held at Hyderabad International Convention Centre over a four day period from 27 – 30 December 2014. The Conference Theme is ‘Empowering Surgeons...Impacting lives’. The mission statement of the Conference is ‘What you can learn over the weekend that you can apply in Clinical practice the following week’.

Dr Pramod Sogani, President American Urological Association, currently working at Memorial Sloan Kettering Hospital, New York, Dr. Mike Laville-Jones, a world renowned Colorectal Surgeon and Vice President, Royal College of Surgeons of Edinburgh and Prof. Bhugwan Singh, an eminent Surgeon from Durban, South Africa are being conferred the Honorary Fellowship - the highest award given away by the Association of Surgeons of India to select few surgeons from world over every year during the Convocation Ceremony on Sunday, 28 December at 6 pm (HICC).

A power packed Scientific extravaganza with five parallel sessions spread over a four day period will have 15 Orations, several Guest lectures, Panel discussions and Symposia on just about every aspect of General Surgery and Surgical Specialties. 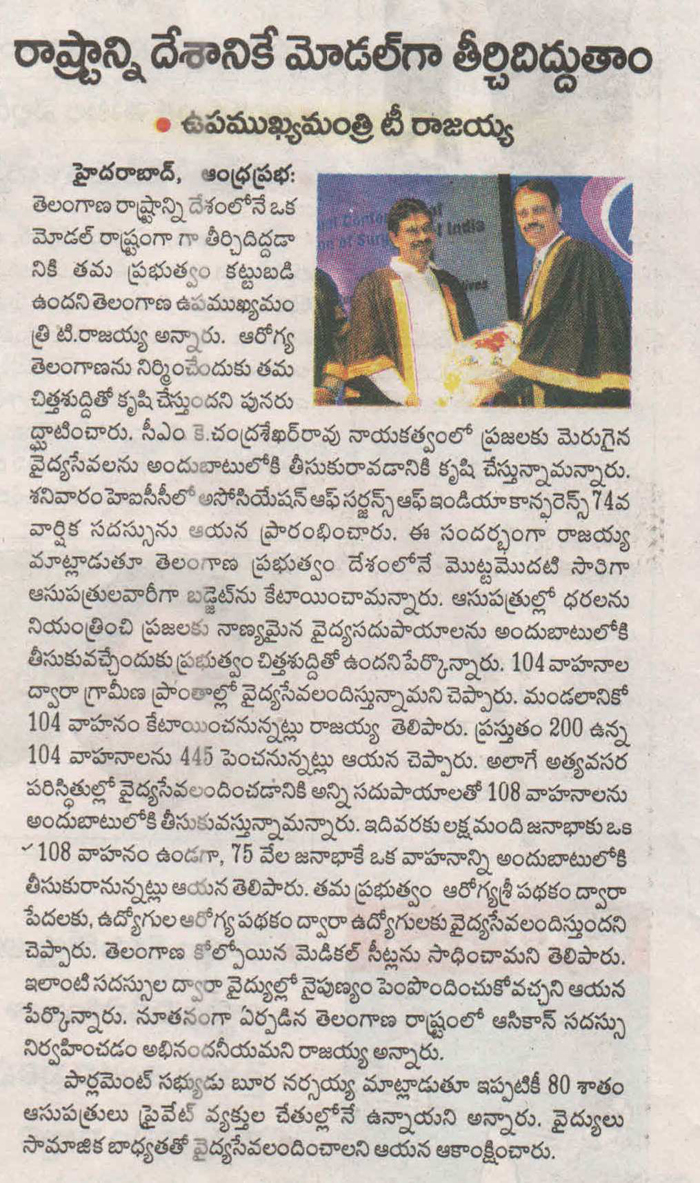 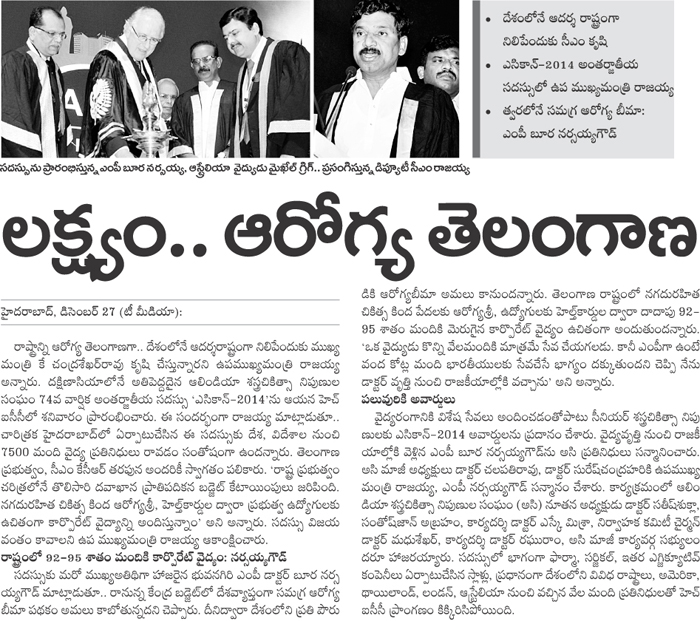 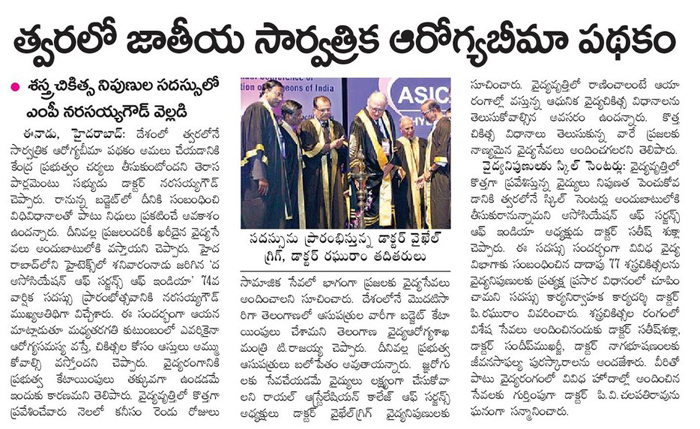