Her Majesty's Ambassador to India, Sir Dominic Asquith, British High Commissioner to India today spent an hour visiting KIMS-USHALAKSHMI Centre for Breast Diseases on 8 May 2019 & interacting with patients being treated at the Centre during his official two day visit to the City.
He paid rich tributes to Dr. P. Raghu Ram, President elect of The Association of Surgeons of India for taking the bold decision of relocating to India from the UK when his mother was diagnosed breast cancer and commended his vision and commitment in conceiving South Asia’s first dedicated Centre for Breast Diseases in Hyderabad and for replicating the best of British Breast healthcare practice guidelines in India by serving as a “living bridge”between UK and India.
As 9/10 women present with benign breast health issues, Sir Dominic was impressed with the concept of “REASSURING THE WORRIED WELL” through a process of Triple assessment conducted by a dedicated MDT involved exclusively in assessment & management of breast disorders in this purpose built free standing Breast Centre. He appreciated the fact that KIMS-USHALAKSHMI Centre for Breast Diseases was established based upon the “Breast Unit” concept in UK, which has paved the path for introducing about a revolutionary change – “Breast Centre Concept” in the Indian Subcontinent.

He met with a few breast cancer “conquerors” who were treated to the Breast Centre - hearing first hand from them of the enormous psychological benefit they had by not only the possibility of having breast conservation, but equally, huge boost to their body image by having the breast reshaped to its almost original contour through oncoplastic surgical techniques.

Sir Dominic listened keenly about the innovative PINK RIBBON CAMPAIGN championed by Ushalakshmi Breast Cancer Foundation (a not for profit breast cancer charity) in partnership with Breast Cancer Care UK, which is UK’s largest breast cancer Charity that has helped transform breast cancer from a “taboo” issue to a much commonly discussed one in Telangana and Andhra Pradesh thus ensuring the much needed awareness about early detection of breast cancer. Sir Dominic applauded the Dr Raghu Ram’s initiative to implement a large scale population based breast cancer screening programme reaching out to over 200, 000 underprivileged women spread across 4000 villages in the Telugu States and for playng a pivotal role in bringing together surgeons practicing Breast surgery under one umbrella organisation through the formation of The Association of Breast Surgeons of India along the lines of the world renowned Association of Breast Surgeons in the UK, which aims to standardise the delivery of breast healthcare in the Country. 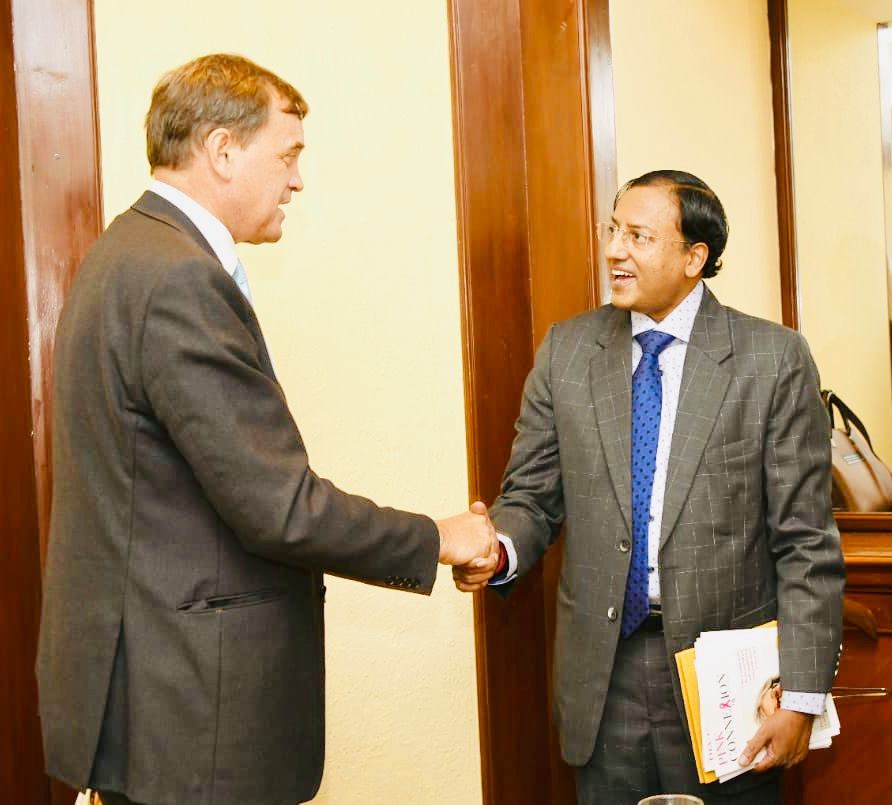 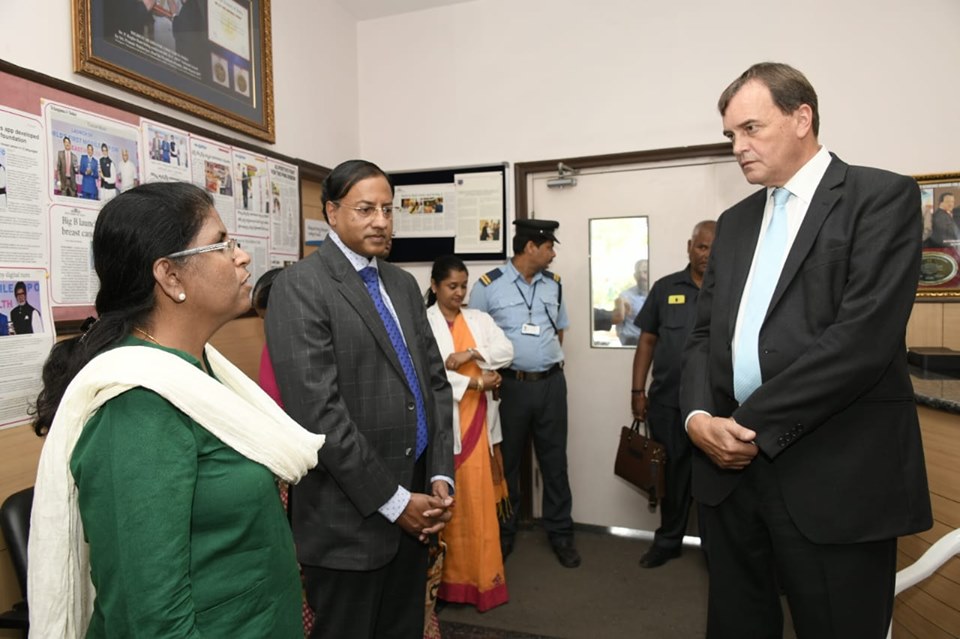 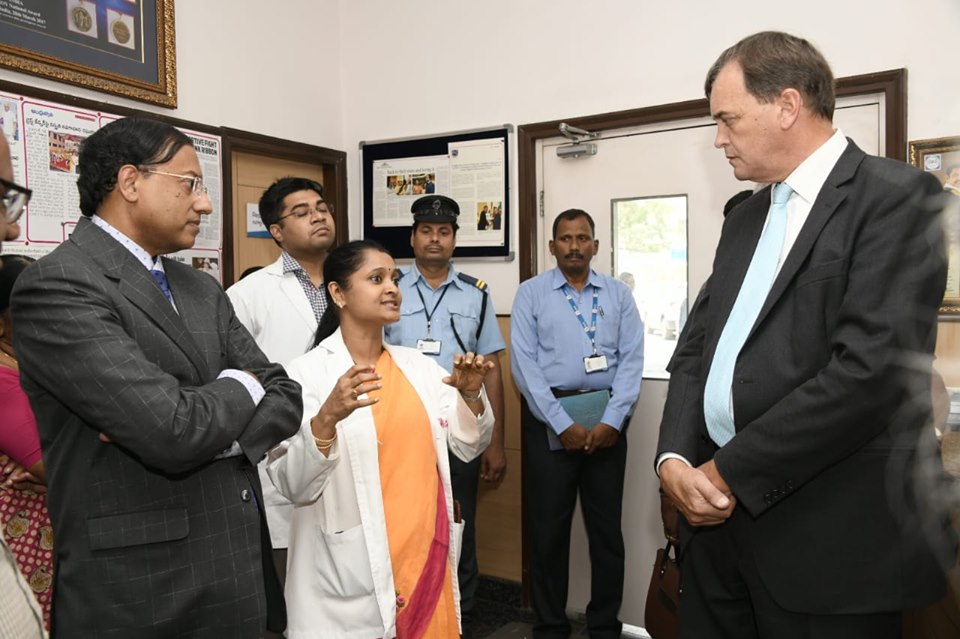 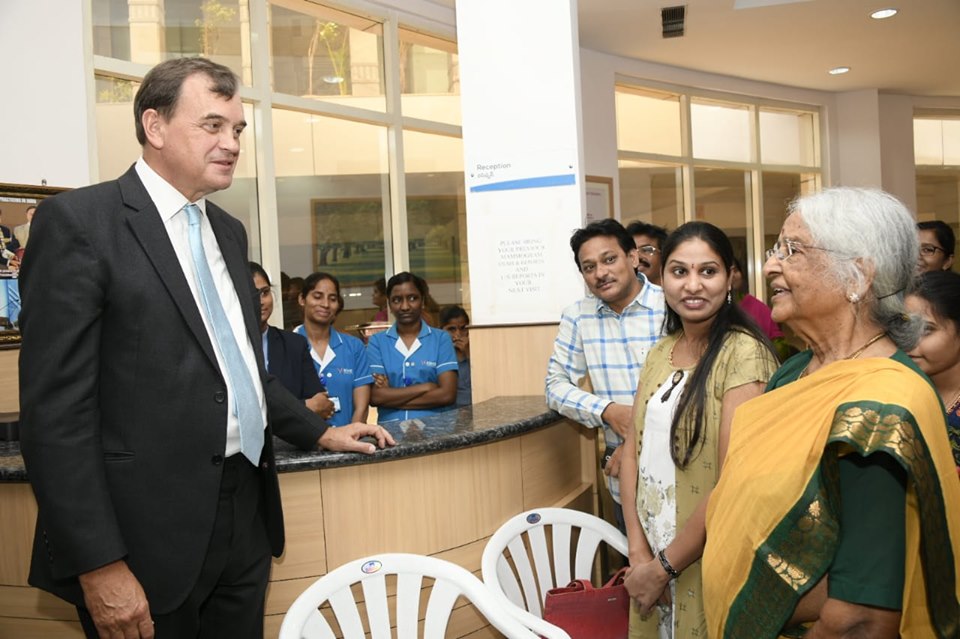 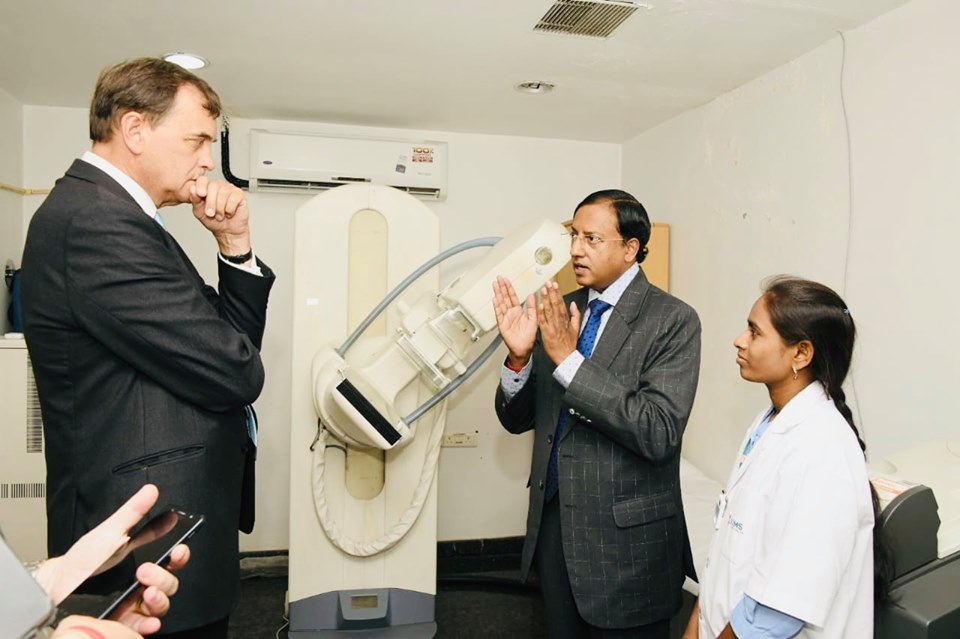 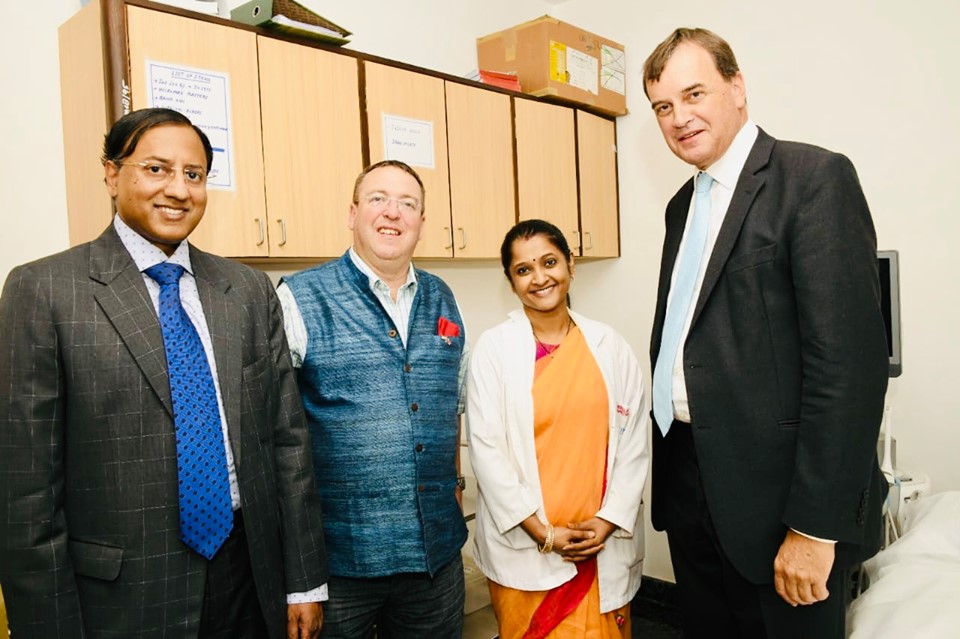 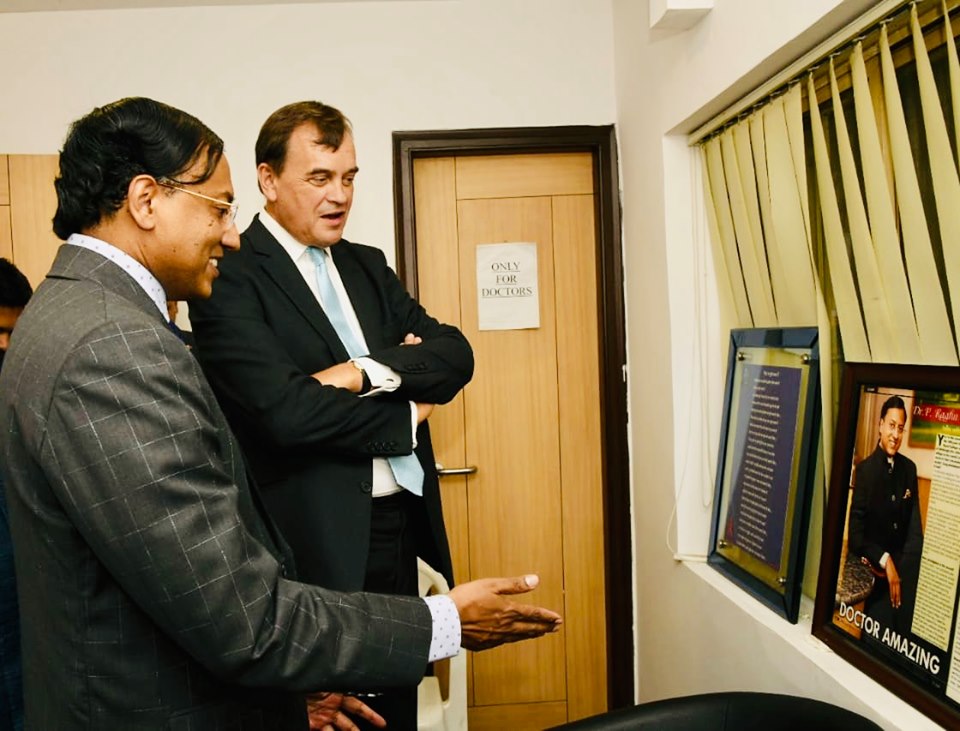 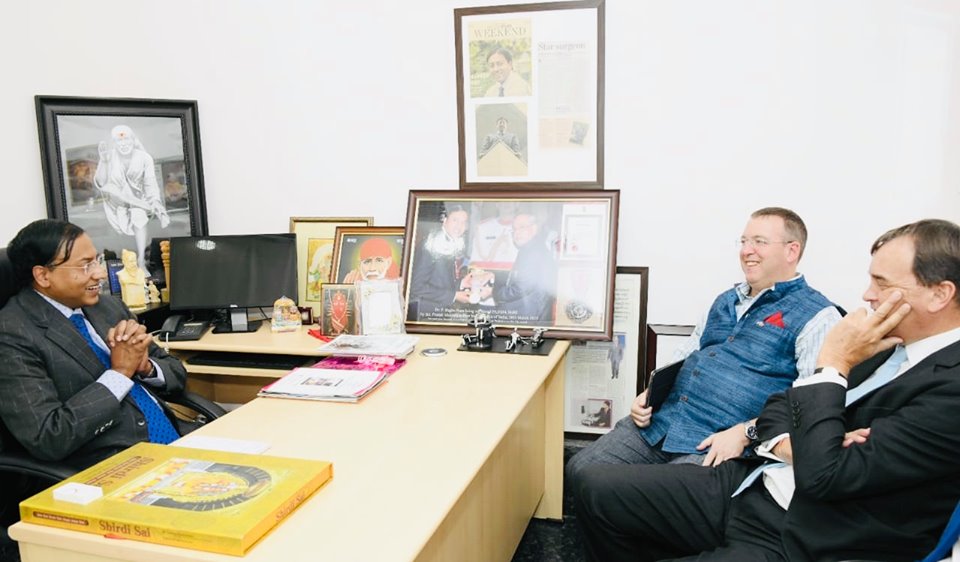 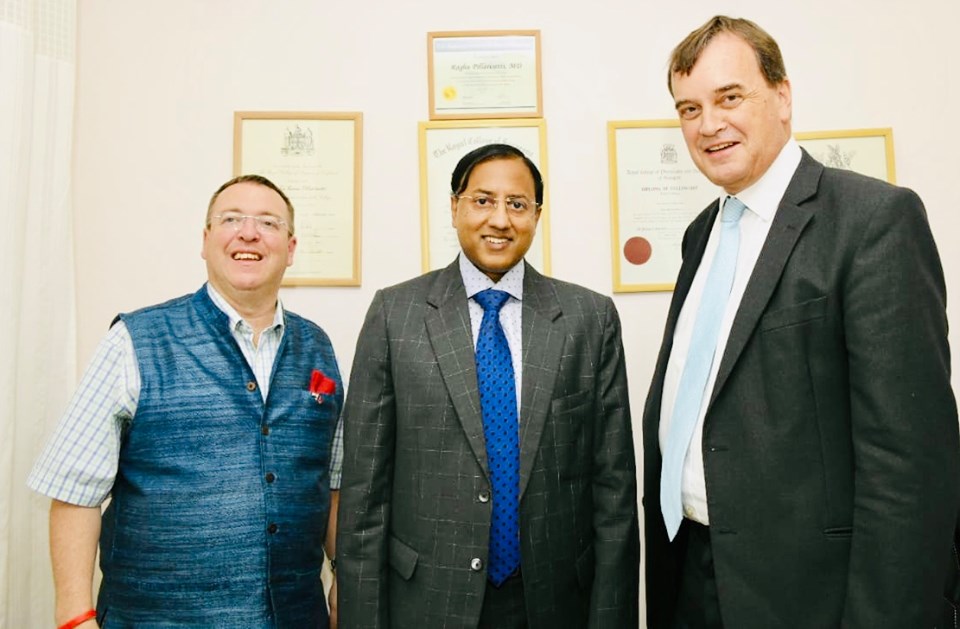 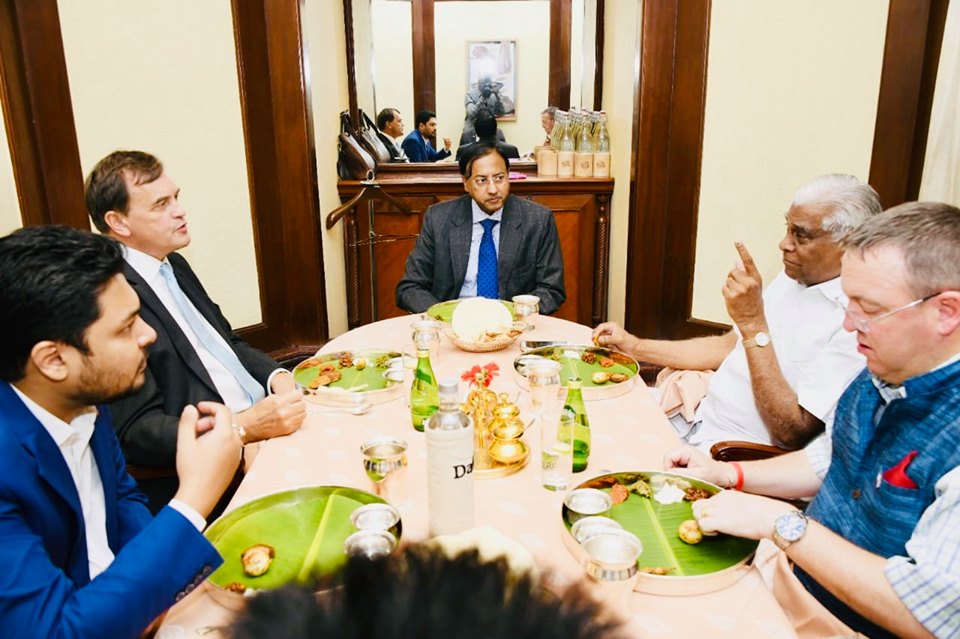 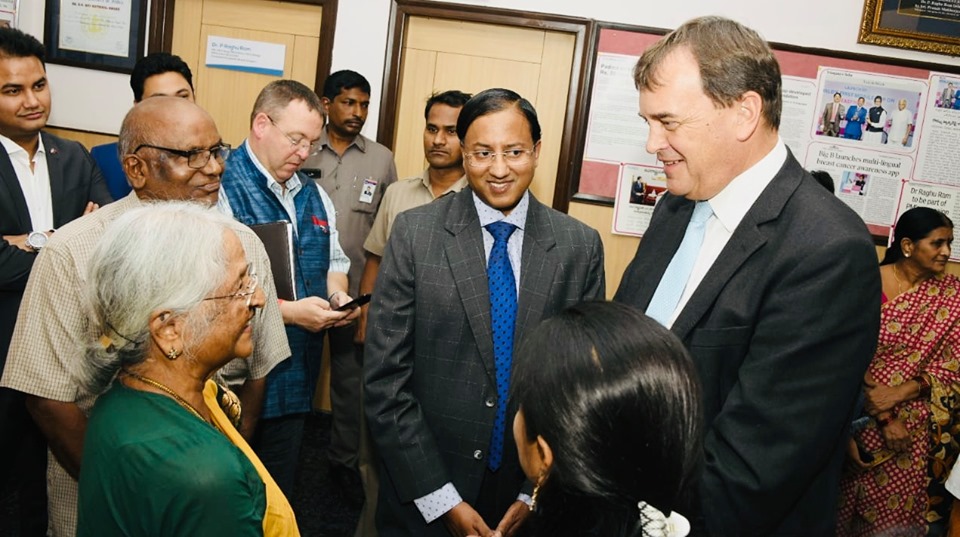 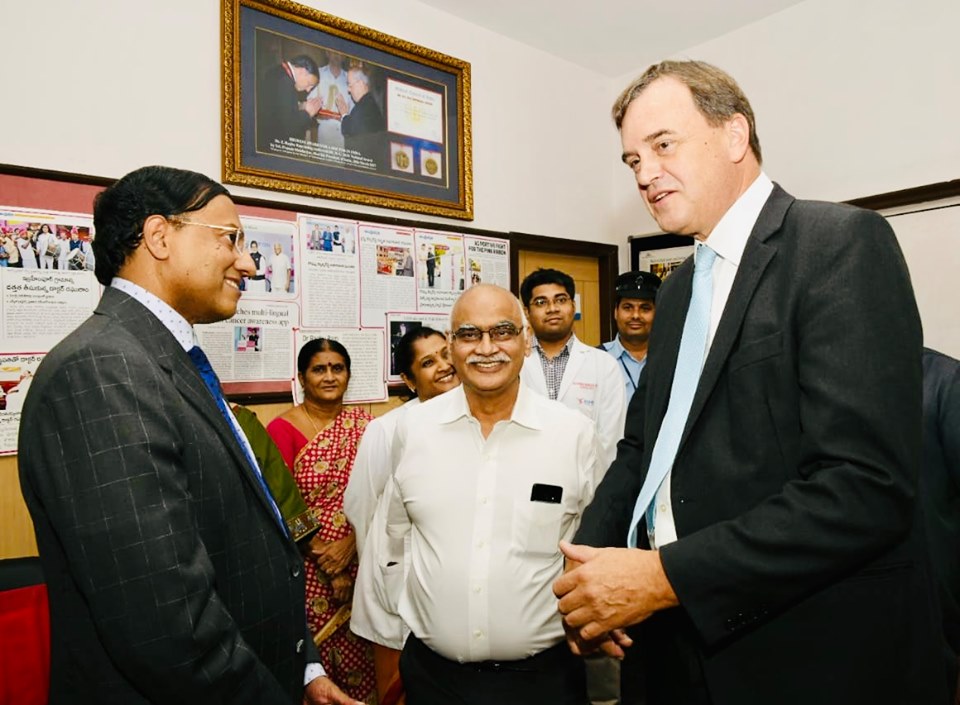 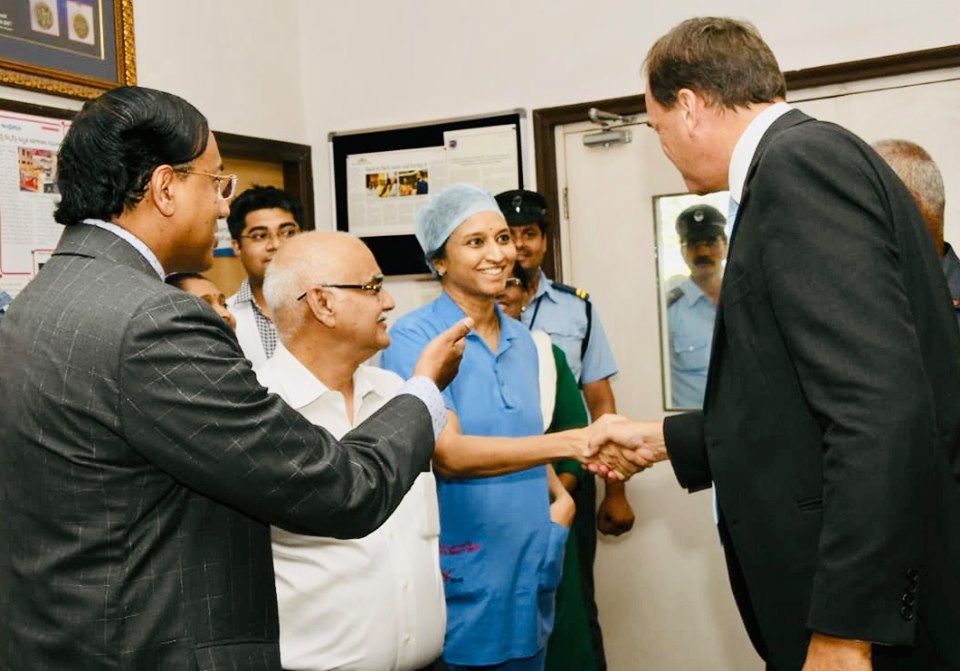 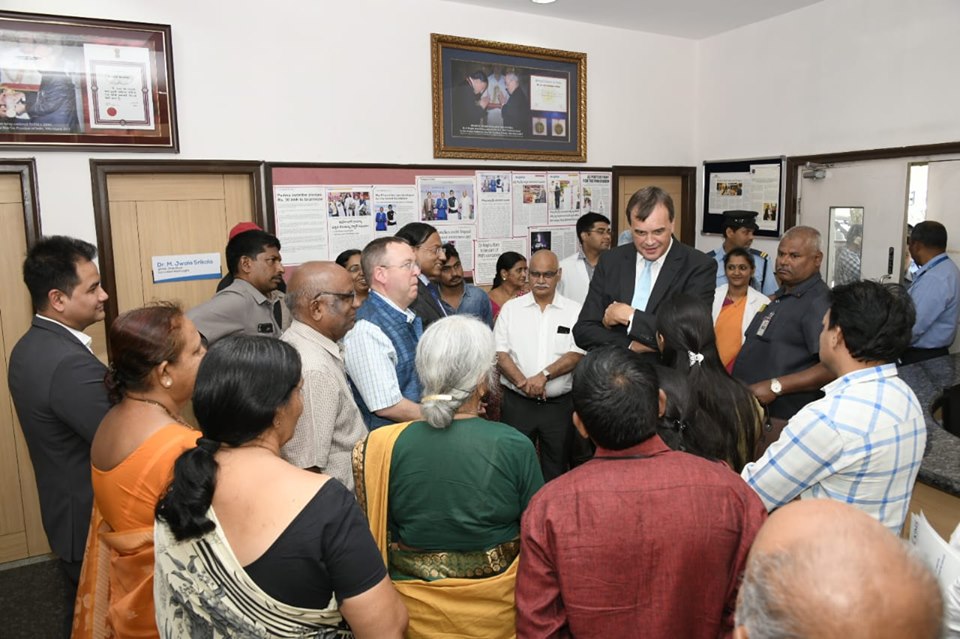 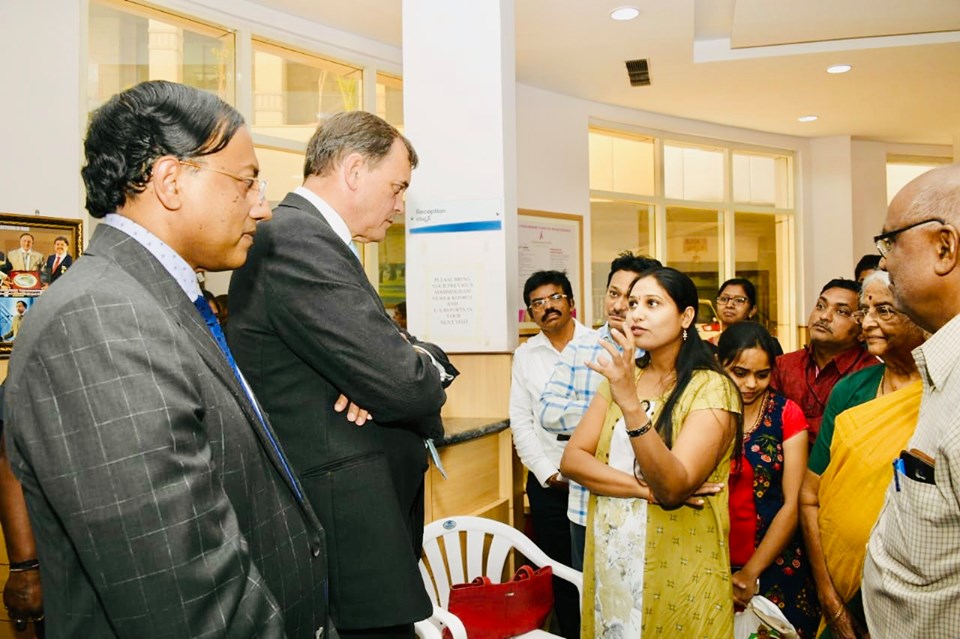 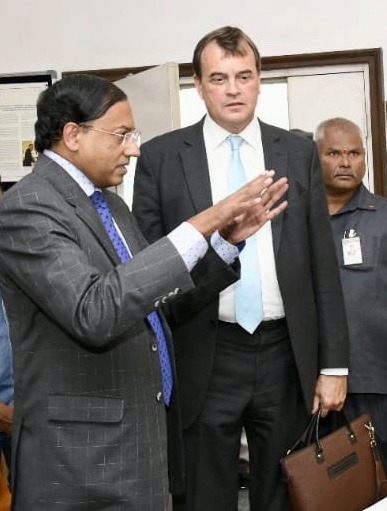 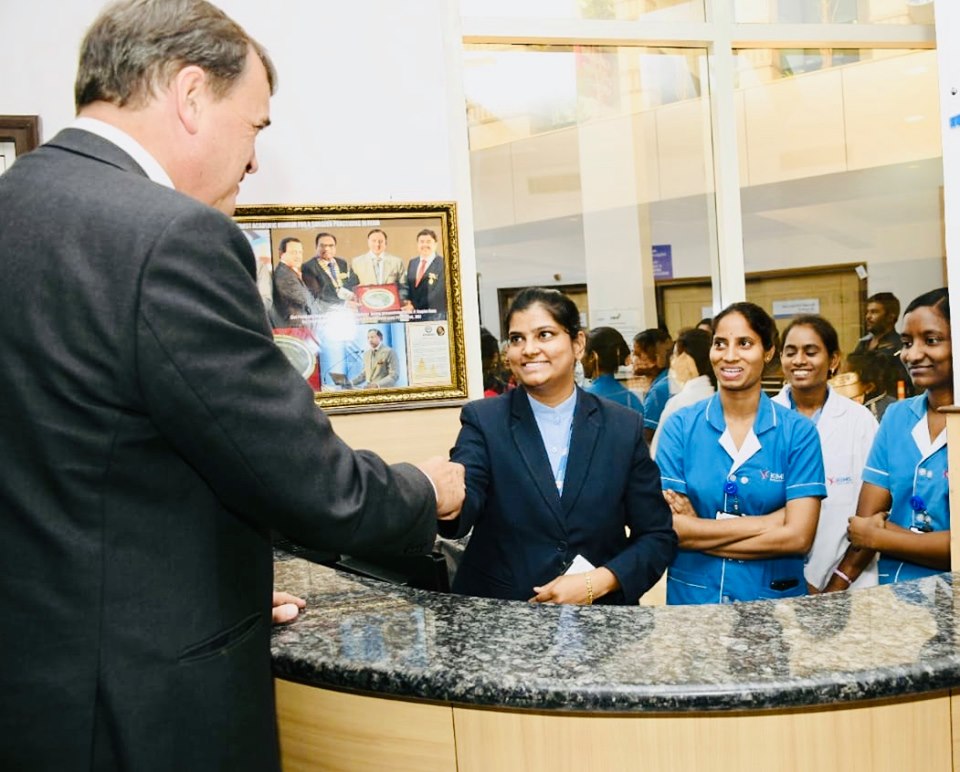 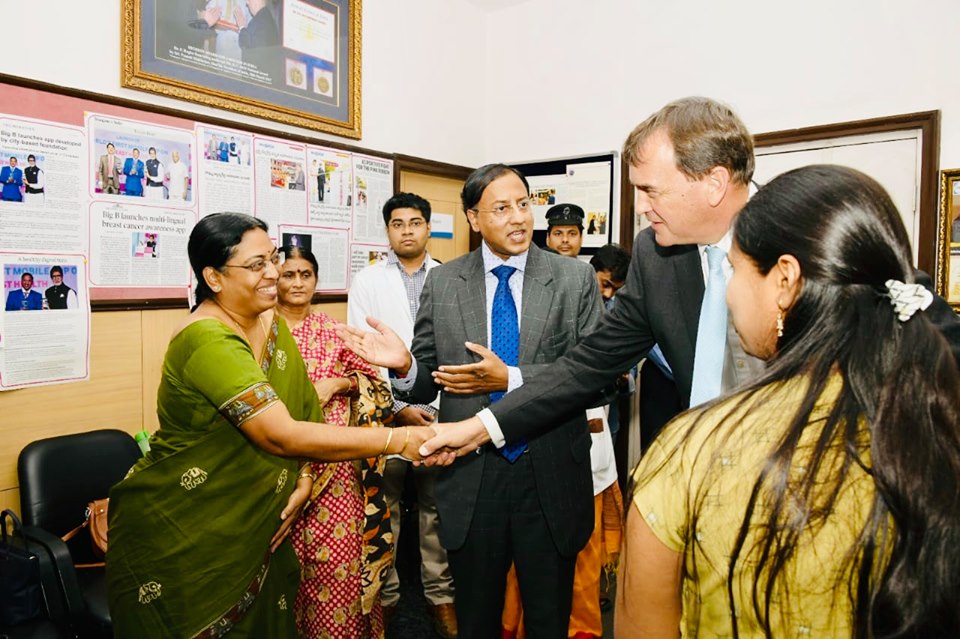 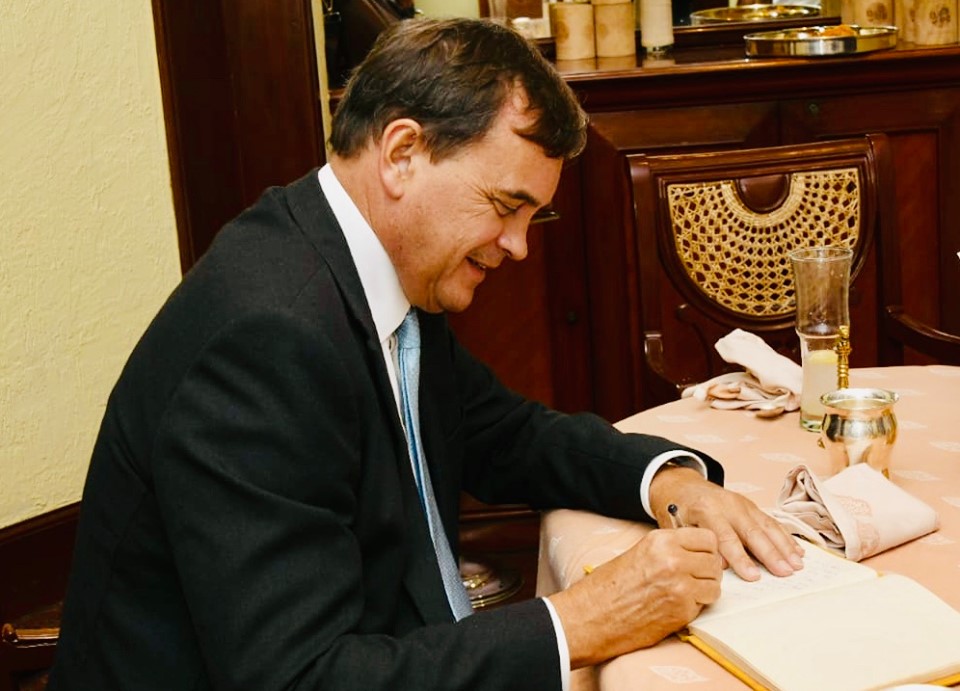 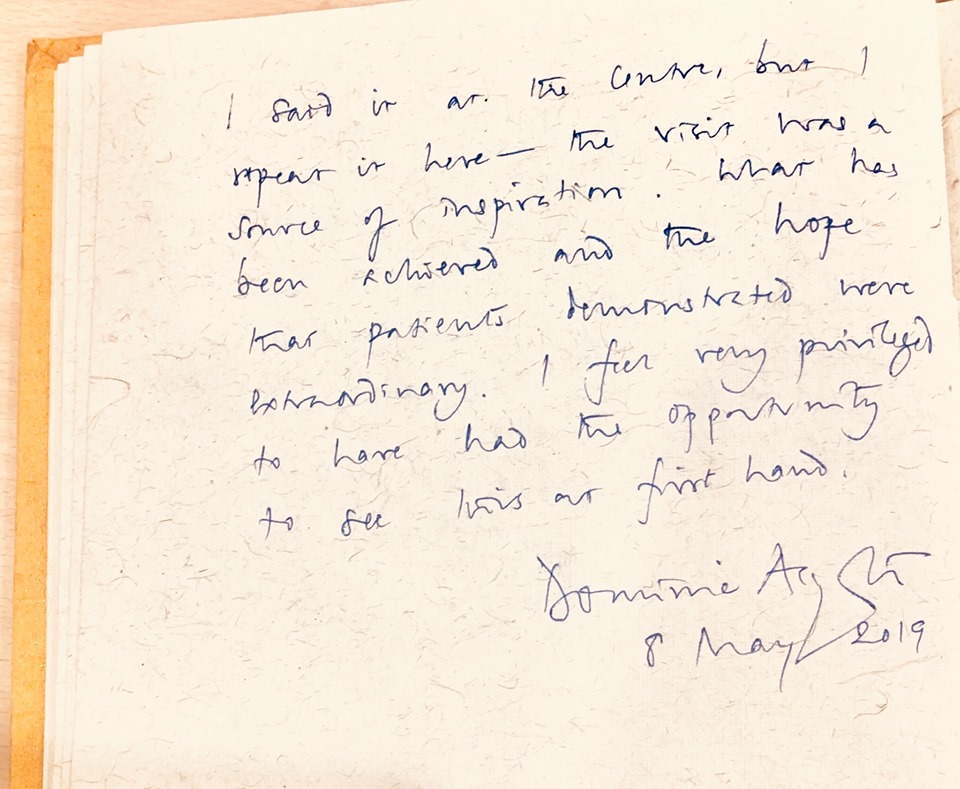 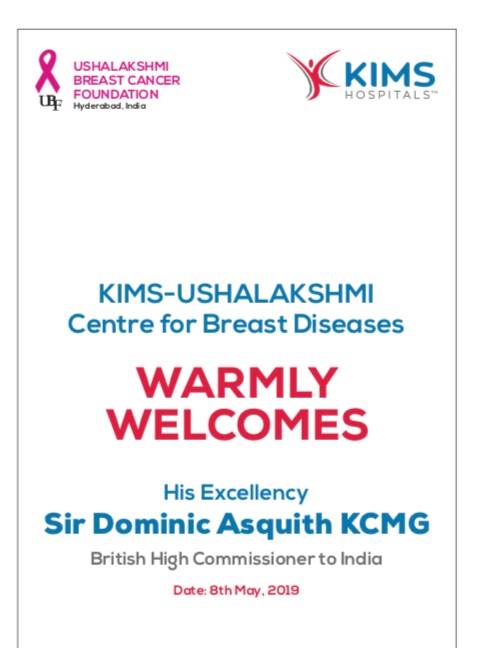 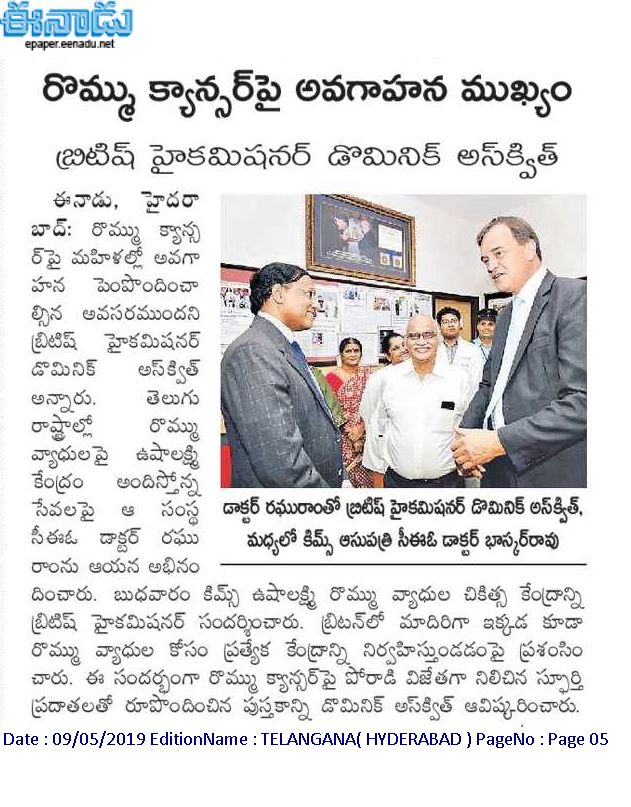