FOCUS IS TO TAKE THIS TECHNOLOGY TO RURAL INDIA


With 162, 000 new cases being diagnosed every year, breast cancer is the commonest cancer affecting women in India. Due to lack of awareness about “early detection”, more than 70% present in the advanced stages. Consequently, every ten minutes, a woman succumbs to breast cancer in our Country.

In an initiative for the FIRST time in the world, Life Size Augmented Reality will be utilized for creating awareness about importance of early detection of breast cancer. Ushalakshmi Breast Cancer Foundation, a “not for profit” Breast Cancer Charity based out of Hyderabad will be taking the message of “EARLY DETECTION” into people’s homes. This innovative initiative was launched today by Ms P.V. Sindhu on 7 October 2019. She is also the very first Celebrity to feature in this unique campaign.

Life size augmented reality is a visionary futuristic technology that has the potential for the “Celebrity and the doctor” to reach out to a large section of people without being actually physically present and convey a powerful message about importance of Early Detection.


Gone are the days when you would have to chase a star and wait for a glimpse of him/her. With the help of Life size Augmented Reality, a star and indeed a doctor, can visit your home and interact with you. All you need to do is download the app (ABC's of Breast health). Once you open the app, by placing your phone over the corner space in your room, you will see a life-size image of the star or the doctor speaking to you, through Augmented Reality technology. You would see your own surroundings in the phone, giving you an impression that the celebrity is right in front of you. The whole idea is to have a one-on-one interaction, without actually being there. You can even take a ‘sefie” with the celebrity/doctor in your own surroundings!

Addressing the media, P.V. Sindhu, Padma Shri awardee & World Badminton Champion said “I commend Ushalakshmi Breast Cancer Foundation & its founder, Dr. P. Raghu Ram for championing this unique initiative that aims to take the message of ‘EARLY DETECTION OF BREAST CANCER ‘ into people’s homes through life size augmented reality technology. Dr Raghu Ram and I were conferred the Padma Shri on the same day in 2015 and over the past several years, I have been actively associated with the Pink Ribbon Campaign that he has been championing in India. I sincerely hope that many more lives would be saved through the awareness created by the Foundation with this remarkable technology. If my Celebrity status can help achieve this goal, I would consider it my good fortune to have been associated with this very noble campaign.”


Speaking on this occasion, Dr Raghu Ram, Padma Shri awardee and Founder, CEO & Director of Ushalakshmi Breast Cancer Foundation and the President elect of The Association of Surgeons of India said“Over the past 12 years, the Foundation has been working with missionary zeal through a number of unique initiatives in an endeavor to transform breast cancer from a “taboo” issue to a much commonly discussed. My main focus is to take life size augmented reality technology to rural India where 70% of our population reside. Starting with my adopted Village, IBRAHIMPUR, which is located in the remotest part of Medak District in Telangana, Ushalakshmi Breast Cancer Foundation would be using this revolutionary technology to empower people in the Villages about the importance of early detection and create the much needed awareness amongst the underprivileged section of the population, which hopefully would save scores of lives through early detection. I would be seeking the assistance of the Govt. of Telangana in taking utilizing this technology to empower people in every Village all across Telangana. In the fullness of Times, I shall also be writing to our Prime Minister to explore opportunities to replicate this initiative in all the Villages all over India. I have no words to express gratitude to dear friend, P.V. Sindhu for standing “shoulder to shoulder” with the Foundation in this landmark initiative” 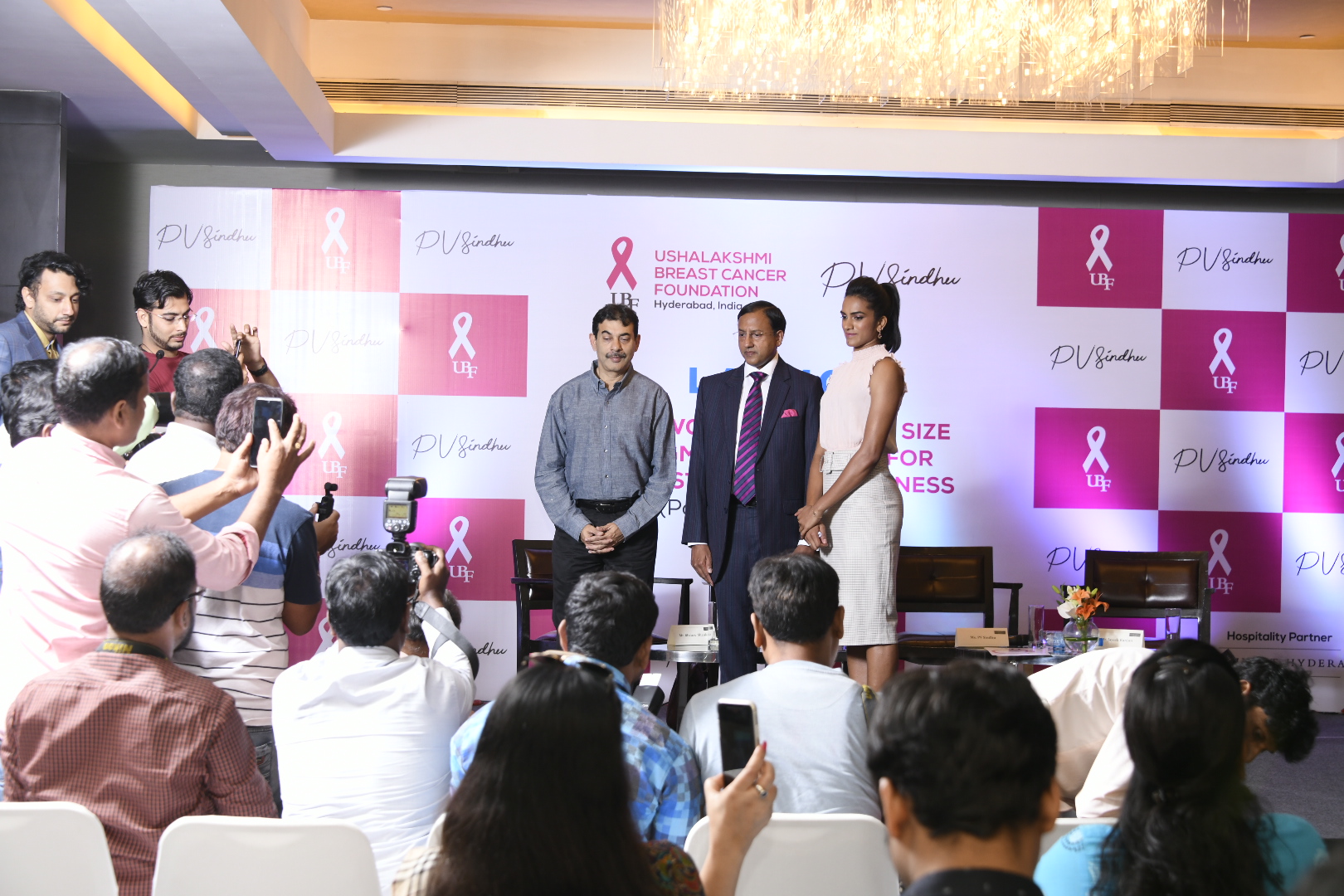 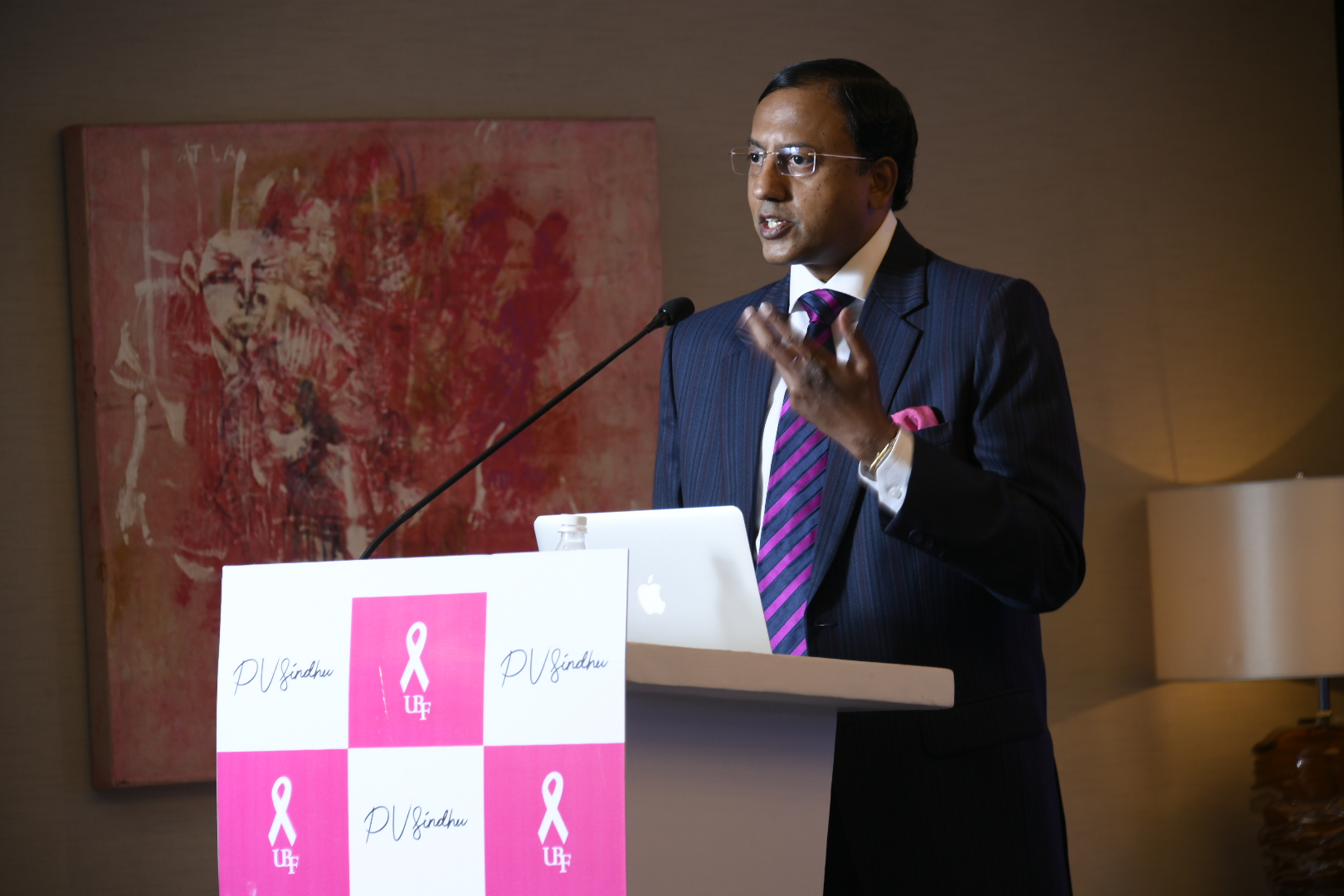 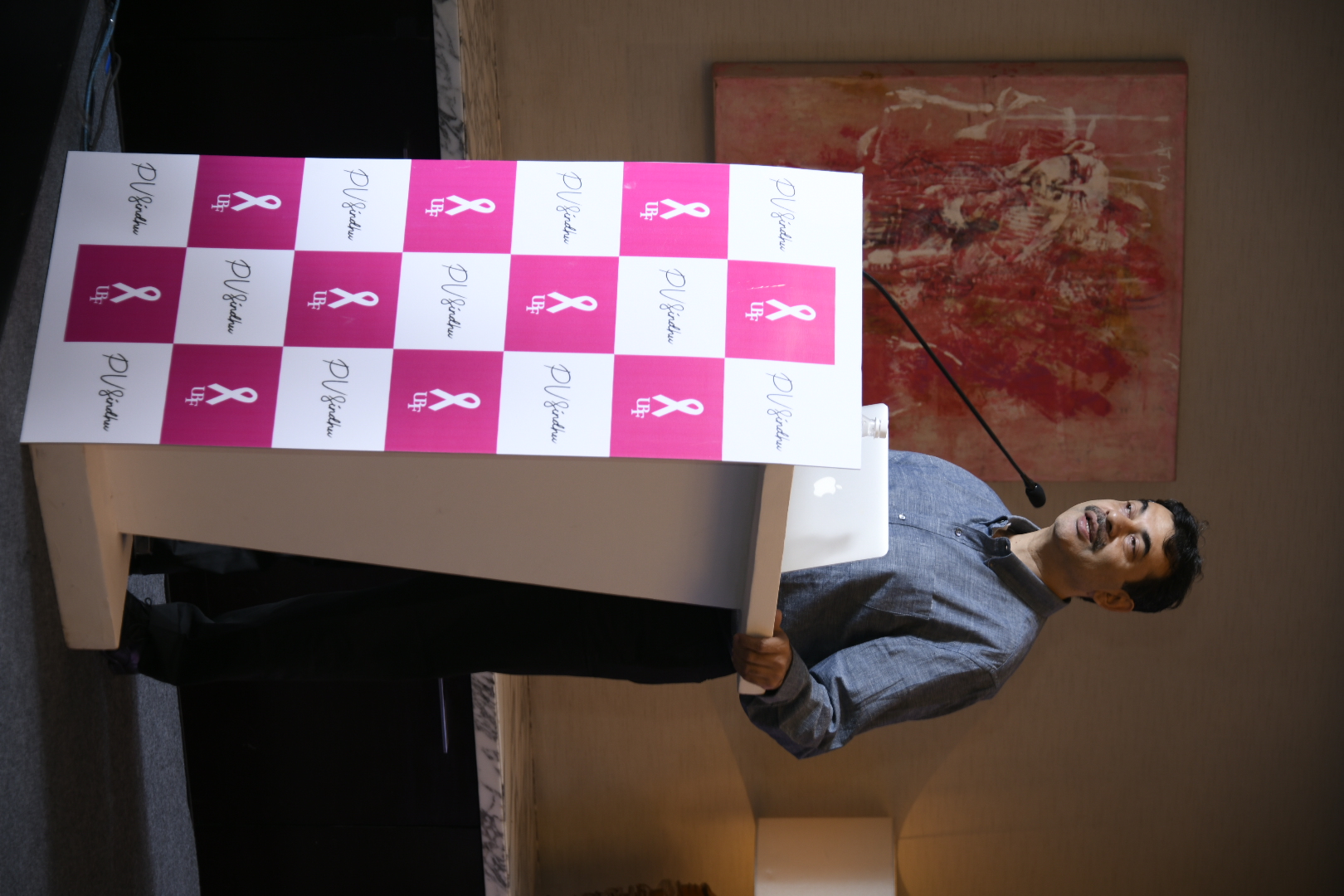 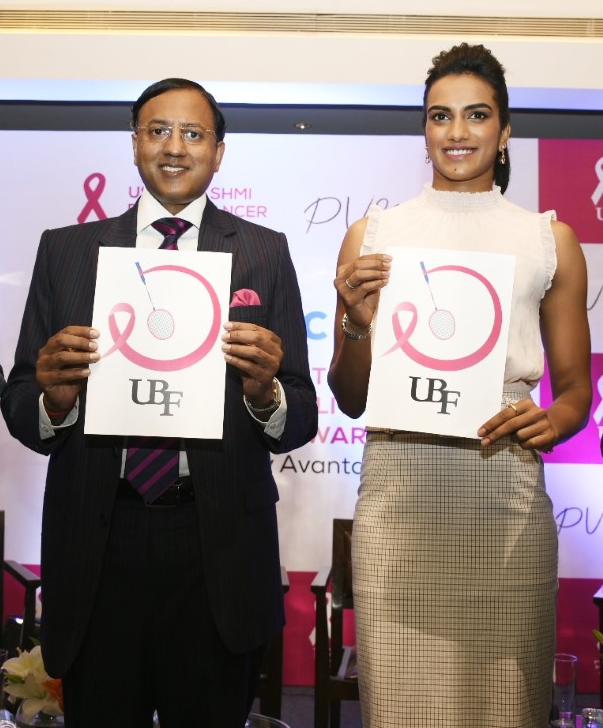